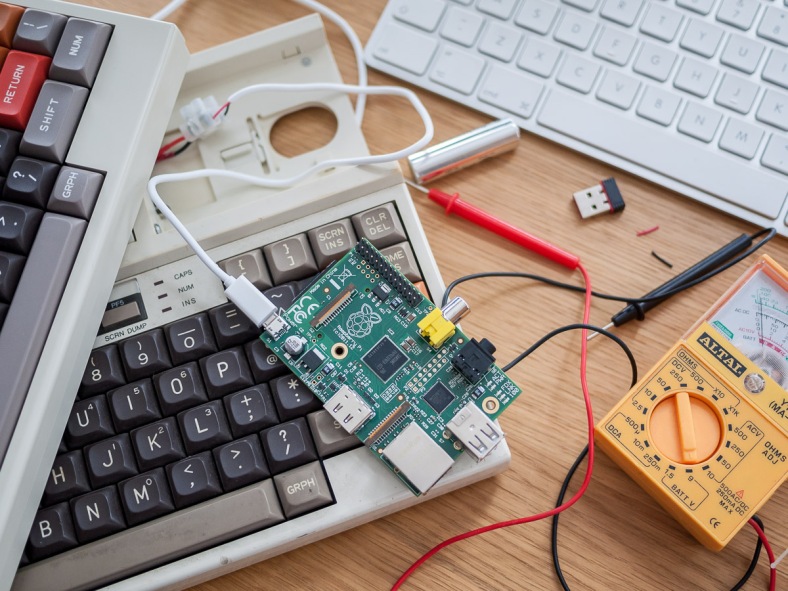 I have been on the hunt for a suitable battery pack for the Raspberry Pi, there are a number of options not least of which is simply combining some standard off the shelf AA cells with a DC – DC step up converter.  I’ve ordered one such converter but I’m not sure it will arrive before the end of the month. 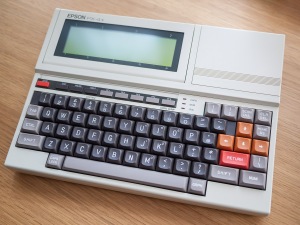 It then occurred to me that some weeks ago I bought a battery pack for my wife to enable her to charge her iPhone during an impending hospital stay.

It’s a pretty meaty pack of cells with 4 built-in USB ports, one of which claims to be able to knock out 5V at 2.1 mAh.

The Pi booted happily from this pack and ran for at least three hours however the pack is pretty bulky.

My utterly pointless goal has been to achieve some mobile, modern activities such as blogging and Tweeting with one of the machines from my retro collection. 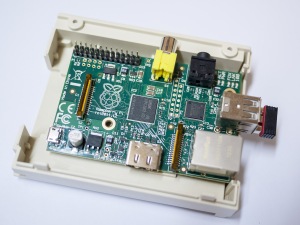 Trawling through those machines that run reliably from battery I came across the Epson PX-4 which happily runs for many hours on 4 AA cells.  The Epson runs CP/M, has built-in terminal software and a considerably more legible screen than its more glamorous big brother, the PX-8.

Not only that but it’s also a modular system featuring an option bay that supports interchangeable cartridges such as a cassette player, modem, additional ROM sockets and so on.

I have a couple of PX-4s, a standard model with an external RAM disk and a PX-4+ which contains the RAM disk within the machine.  I also have a couple of blank cartridges and somewhat fortuitously the Raspberry Pi fits inside… well almost. 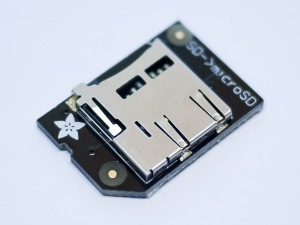 A standard SD card juts out too far, however by using a low profile SD to Micro SD converter the Pi fits snugly within the case.  Tantalisingly the cartridge port on the PX-4 outputs 5V, it was a bit of a long shot but I quickly hacked together a power cable between the two computers.

On powering up the PX4+ the Pi burst in to life and displayed the familiar colour screen before, well, failing to boot and going in to a loop of failed attempts.  With a meter on the cable I could see that the voltage was dropping below the threshold required when the Pi attempted access of the SD card. 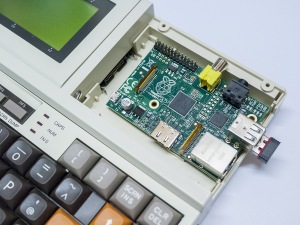 I was using rechargeable AA cells in the Epson so swapped these out for fresh alkalines giving a moderate boost in voltage.  This got the Pi a lit bit further along the boot process proceeding to the NYET/NACK/ACK error loop, a known symptom of insufficient power.  However still no go.

Unlikely as it was that the Epson could have powered the Pi straight off the bat it would have been pretty cool.  There may be space within the cartridge for an additional battery pack.  I shall be looking into that over the last few days of the challenge.

There is one other very tantalising prospect that is well beyond the scope of my abilities not to mention the time left for this challenge and that is that the cartridge port could deal with the serial communications. 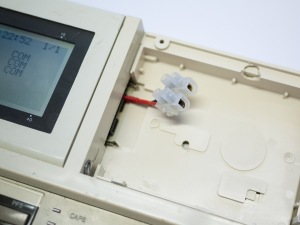 Power From The PX-4+

However as things stand, even if my battery plan is successful, there will still be a cable running externally from the Pi’s USB ports to the PX-4’s RS232 port.

The idea of rolling up at Starbucks with a self-contained PX-4 and firing off a few tweets would be somewhat spoilt by the presence of 3 metres of cable rolled up on the table.