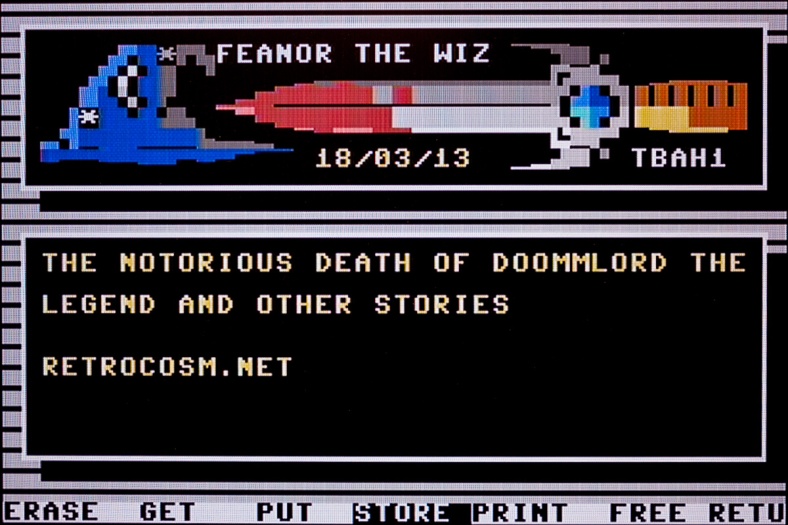 I continue to work my way through the box of old Commodore 64 floppy disks that I recently uncovered in the loft.  A number of the disks are barely readable and I’ve been employing a number of tactics to retrieve the files.

Although the disks don’t appear too dirty it’s clear that in some cases multiple passes of the drive head over the disk surfaces have been successful in scouring through the muck and reaching the data.  Of course that muck has to go somewhere and some of it inevitably ends up on the head. 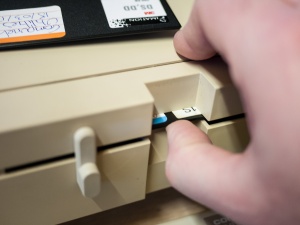 I have therefore also taken the opportunity to carefully clean the heads with isopropanol alcohol a couple of times during the process.  Some of the disks that at first attempt would not even give up their directories are now yielding recoverable data.

For some of the more stubborn files I’ve employed a further technical solution, judicious use of my thumb.  At the first sign of problems when attempting to read a file, usually disk thrashing, I push the disk up in the drive with my thumb and this will often allow the read to continue.

I still have a few files that seem unrecoverable, however I may try multiple passes with Starcommander running on my PC as a last throw of the dice.  Fortunately the surfaces of the disks are not, at least to the naked eye, deteriorating too much. 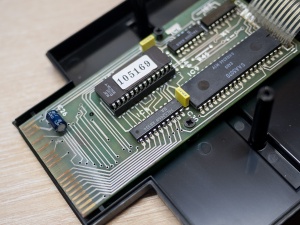 Some of the files are of the .SEQ variety and these are tied in to the built-in editor of the Commodore Communications Modem which was required to connect to Compunet.

Initially my model of this modem was not working correctly so I was unable to view the files.

However Crys over at the Compunet Facebook Group suggested cleaning the contacts on the modem with a pencil eraser.  This did the trick and on reconnecting the modem to the 128 (forcing it in to 64 mode) I was greeted by the Compunet Terminal boot up page. 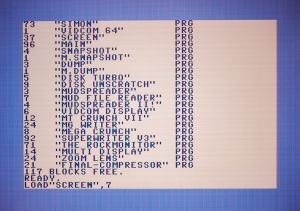 Typing ‘Help’ brings up the list of available built-in commands:-

EDITOR, unsurprisingly launches the on or off line editor for creating, storing and uploading pages.  CONNECT, also self-explanatory, will request the required phone number and dial Compunet.  CNLOAD will if I remember correctly restore your last saved session and connect to Compunet.  CNSAVE creates the CNLOAD file which contains the link software that would otherwise have to be downloaded on each connection.  As yet I can’t remember what OFF does although I assume it turns off the modem and restores the 64 to its normal boot state. 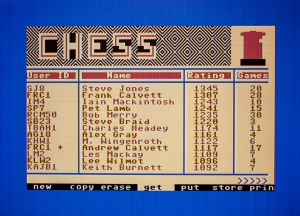 Launching the editor allowed me to load up and start browsing through the collection of saved files I’d recovered.  Most of the pages were related to M.U.D. including back ups of my M.U.D. gossip page and some in-game logs.

There were also some Compunet e-mails many of which were chess games I was participating in.

Games could be played via e-mail by sending a graphical representation of the board to your opponent including your latest move, they would in turn edit the file with their move and send it back and so on.  There was an ongoing tournament and some of the players were very good indeed. 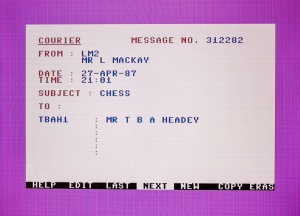 Once I’d reached Wizard in M.U.D. I spent a fair amount of time just socialising with other wizards within the game and watching other players.  It was possible to log your sessions for viewing later and it occurred to me it would be quite fun to produce a weekly round-up of the goings on within the game, hence Feanor’s Mud Gossip.

One particular ‘scandal’ revolved around the death of Doommlord the Legend.  Legend status was one level shy of becoming wizard and achieving immortality.  To get to such a level required many hours of play, and at £1.75/hour it was not a minor investment.

The death of a legend was pretty upsetting for the player involved, fortunately I only endured it once. 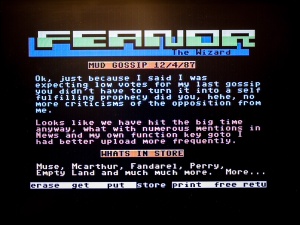 In this case added intrigue was born from the suspicion of foul play.  Doommlord was a murderer, and a very successful one at that, there were many players out for his blood.  I happened to be snooping on Doommlord (you receive their game feed as well as your own) when he met his bloody end.

Weakened by a fight with a strangely powerful skeleton, Doommlord was set upon by two or three other players.  It seems likely that an immortal ‘frigged’ the skeleton.

This involved changing the statistics of the mobile (in-player character) to make them a lot stronger than usual.

Anyway, to cut a long story short I’ve included a video of the game log below.  I appreciate this will be of limited interest but you never know, an ex-player may chance upon it one day.  Further below I’ve also added a video showing the 64 with the Compunet modem attached and a video of files being loaded into the editor.

8 thoughts on “The Notorious Death Of Doommlord The Legend”