After several months as a dial-up only BBS I recently opened up access to Nostromo via telnet.  Still running reliably from a SanDisk CompactFlash card installed within a Wyse Terminal the discrete unit sits quietly in the corner of my office happily doing its own thing, the only reminder of its existence the occasional screech of the modem responding to a user connecting via dial-up.

Nostromo runs on the simply superb Synchronet BBS software created by Rob Swindell.  Not only is Synchronet a fantastic piece of software but the available documentation makes using it child’s play, even for an eejit like me.  Rob even helpfully provides a free easy-to-use dynamic hostname service which I have taken advantage of.  You can therefore now reach Nostromo via telnet at nostromo.synchro.net.

Enabling telnet access has unsurprisingly led to more visitors both welcome and unwelcome.  It’s been a pleasure to welcome some new users and somewhat less welcome though admittedly interesting to witness various attempts by spammers to relay mail through the mail server.  None of these attempts have been successful and nor will the be, but they are persistent and I may be naive but I am amazed at the speed with which they descended upon the newly Internet facing box.

It is now also possible to FTP into the file area of Nostromo.  You can do so, if your browser supports it by FTP’ing to nostromo.synchro.net.  I have been and will continue to add an eclectic mix of files that I’ve found useful over the last couple of years whilst tinkering with retro gear.  Thus far I have concentrated on stuff related to the Epson PX-8 and whenever a few spare minutes present themselves I shall continue to add files. 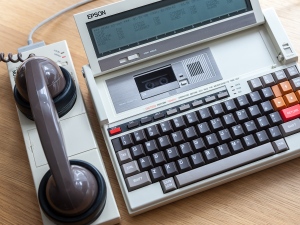 A recent Google search for Epson PX-8 software led me to this page, an archive of a 1997 post to the comp.os.cpm usenet group.  Without much hope (assuming the contact details to be out of date) I fired off an e-mail to its referenced author, Bill Esposito, to enquire if he was still in possession of the files from the PX8 dedicated BBS, PX Dock.

Much to my surprise and delight Bill responded quickly and generously sent me an archive of all the files he had.  I shall therefore be sorting through these and adding them to Nostromo in due course.

Anyway, if like me you get a strange buzz out of the thought of being remotely served files from a CompactFlash card you’re more than welcome to FTP in to Nostromo. 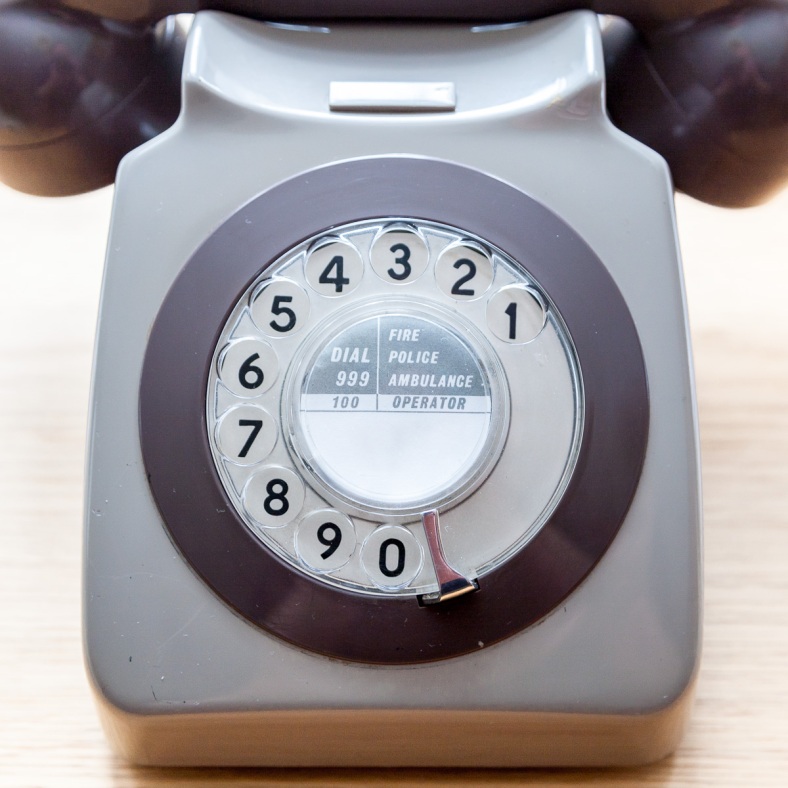 Since contracting this retro computing bug, after prolonged exposure to Urbancamo, I’ve had a yearning to try to recreate one of my earliest and fondest computing memories.  That memory, when recalled, still has the ability to send a little shiver of excitement down my spine.  Picture the scene if you will, a musty old office in the maths block of my local upper school.  Two spotty teenage boys, myself and the aforementioned Urbancamo.  In one dingy corner of the room an ASR 33 Teletype, on the window sill an acoustic coupler and telephone and on a piece of paper, a phone number.

Thinking we were Matthew Broderick from WarGames we eagerly dialled the number inserted the handset into the coupler and waited excitedly for the Teletype to burst into life.  Sure enough the ASR 33 started clanking away and we were in!  Not NASA or anything like that you understand, but a nearby college upon which we were able to play a game called Shark Attack!  A momentous moment in my computing history and the first and last time that I ever used an acoustic coupler.

I have for some time therefore been on the lookout for a working acoustic coupler that I could use to try to recreate some of that experience.  After failing to bring back to life a very old Anderson Jacobson ADC 212 model, I was recently lucky enough to sport an Epson CX-21 on Ebay.

It’s in lovely condition, and the original NiCad battery even appears to hold a reasonable charge.  It came with an Epson HX-20 in a custom-made case which no doubt accounts for its excellent condition.  There was a little blooming on the rubber cups but I cleaned this off with a mild detergent solution and the whole unit looks almost new.

I will of course also need an old telephone with suitable handset and fortunately we still have a couple of 1970’s models at work that thankfully were never thrown out. These old BT models were built to last and the one I chose cleaned up really nicely, in fact it looks so cool I may use it in place of our current home set. 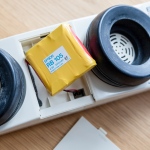 The CX-21 only has two options to select, half or full-duplex and answer or originate mode.  It has a standard DB25 port and I have the appropriate cable to hook it up to my PX-8, an Epson 724 cable.  This is a modem cable with DB25 at one end and an 8 pin Mini DIN connector at the other.  I have two options for terminal software on the PX-8, both previously downloaded, Kermit and Mex.  The PX-8 does have a rudimentary terminal application on the built-in ROM but I’ve never had much success with it.

After charging the CX-21 and PX-8 I hooked up the TF-20 FDD and copied over all the software I’d need to the PX-8’s RAM disk so I had the minimal amount of stuff to take home from where I would be calling back to the box running my BBS.

I then spent rather too long trying to get my head around whether I was originating or answering the call, clearly I was originating it and the BBS box was answering but for some unknown reason I’d convinced myself that the coupler would have to ‘answer’ the handshaking attempts of the remote modem.

Nevertheless once sanity had been restored I set the coupler to ‘originate’ mode at full-duplex and dialled the BBS with the telephone.  After several attempts the ready light finally illuminated on the coupler and it seemed a connection had been established. However once I’d connected via the terminal software all I received was a screen full of garbage.

I checked all my settings, made sure background noise was minimal and continued to make many more attempts to create a good connection.  Eventually I discovered that contrary to my instinct to push the handset more deeply and securely into the coupler, lifting the mouthpiece end slightly out of the cup resulted in a much better connection!  Whether the proximity of the transducers was causing some sort of distortion I don’t know but whatever the reason I now had a working connection and was reliably able to re-create it.  There are still a few erroneous characters coming through but I can live with that.

I shot a quick video showing the process below, all I need now are a couple of ASR 33’s.

I’m still enjoying playing with my Psion MC 400.  I wanted to find a reliable way of getting data into and out of the machine.  I believe there was a portable FDD available which I would absolutely love to get hold of but I think the chances of finding one of those are very slim.  As far as I’m aware there is no way of reading and writing to the SSDs in anything other than a Psion unit.

My attention therefore turned to the RS232 interface.  I was somewhat concerned when I first noticed that the Psion employed a 9 Pin mini DIN connection for the Rs232 port, this connector in the same configuration is found on the Epson PX16 and I’ve never managed to build a working cable for it.

However I discovered on this site that the serial cable that Psion sold for the Series 3/3A is compatible.  The cable comes in two parts, a pod with hardwired cable with a special connector for the Series 3 and a second cable with a DB9 serial connector at one end and the required mini DIN at the other end which plugs into the pod.  This second part of the cable is exactly what you need for serial transfers to and from the MC 400.

Psion link software is built into the MC 400 but I needed to download PsiWin for the PC end.  I found various versions here and downloaded both version 1.1 and 2.3.3.  I installed the former on my Windows 98 Wyse terminal and the latter on Windows XP running under Parallels on my Mac Pro.

After ensuring the Com port settings on the Win 98 box were correct and connecting up the cable I launched the Link application on the Psion and then PsiWin on the PC.  The link was immediately established and I was soon able to drag and drop files between the machines.  I was very impressed with the PsiWin software.

Then using a USB to Serial converter cable I hooked the Psion up to my Mac Pro and launched PsiWin 2.3.3 under XP.  Much to my surprise this also worked well.  The only issue I have is that the PsiWin software is designed to convert the Psion format files to Windows friendly ones during the transfer process, however neither version of PsiWin seems to understand the files produced by the MC 400 and conversion therefore fails.

One other thing I wanted to try was to connect to my BBS using the built in Terminal application.  Using a null modem adapter I was able to connect the Psion serial cable to my US Robotics modem.  Modem options including Baud rate, frequency, pulse/tone dialling etc can be set within the terminal application.  After a few aborted attempts I found the correct settings and successfully connected to my BBS.  I made a short video of the process and another quick video of general MC 400 operations:-