With Retrochallenge well underway I again find myself deep in the world of CP/M, it therefore seems appropriate to mark the 17th anniversary of the untimely passing of Gary Kildall, its creator.  Much has been written about Gary Kildall and much of it seems contradictory or distorted by vested interests.

With varying stories surrounding both his death and his dealings with IBM, and as someone who only knows of Kildall through coming late to his work it seems appropriate to pull together some resources from others who knew Gary and have written eloquently about him.

A detailed account of Kildall’s work and his dealings with IBM and Microsoft can be found here:- The Gary Kildall Legacy

There’s a fairly recent article here entitled:- The Man Who Could Have Been Bill Gates

And lots more info and pictures on the same site:- Digital Research

What is clear to me is that Gary was liked by all who met him and that the personal computer industry as a whole owes him a great debt of gratitude for his enormous contribution.

More on Kildall and CP/M can of course be found on Wikipedia.

I was browsing Youtube a couple of weeks ago looking initially for clips of Nigel Mansell racing in Formula One.  Anyway as one does I drifted off topic and ended up watching this quite distressing clip of Roger Williamson crashing and tragically losing his life in the 1973 Dutch Grand Prix at Zandvoort.

The brave chap trying in vain to save Williamson is fellow F1 driver David Purley who stopped his car after witnessing the accident and ran to try to help.  Those familiar with today’s safety standards and procedures will no doubt be shocked by the apparent inattentiveness of the officials and marshalls.  My father who remembers the accident did point out to me that in those days it was quite common for drivers to be thrown clear during accidents and that at the time of this accident some mistakenly believed Purley to have been the driver of the crashed car returning to it to try and save it.

I became instantly fascinated by Purley and looked into his life, he was an extraordinary chap.  I’ve selected the following highlights from the resources listed below, if ever there was a film waiting to be made…

As a soldier in the elite Parachute Regiment he saw action in the Aden insurgency in the mid-1960s, he also survived the partial failure of his parachute during one of his training jumps.

Was awarded a George Medal for bravery after his heroic attempts to save friend and fellow F1 driver Roger Williamson whose car had overturned and caught fire after a high speed crash.

Was subjected to the highest G-force ever reportedly survived by a human being – 179.8G – after his throttle stuck open in practice at Silverstone and he hit a wall at 108 mph, the car and Purley decelerated to zero mph in just over half a metre. 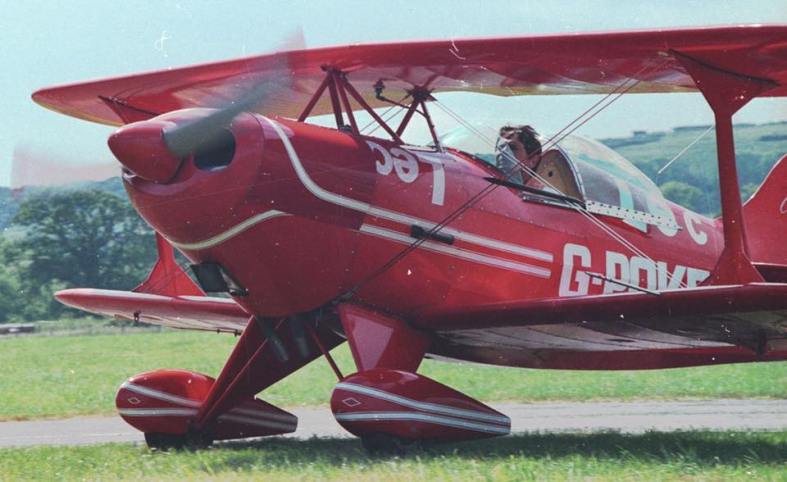 Recovered to race again but eventually quit racing and turned to his other love which was competition aerobatics.  In the summer of 1985 he was killed when his Pitts Special stunt plane crashed into the sea off of Bognor Regis, his place of birth.

Here’s a film of him racing at Oulton Park including an interview talking about the aformentioned Williamson crash:-