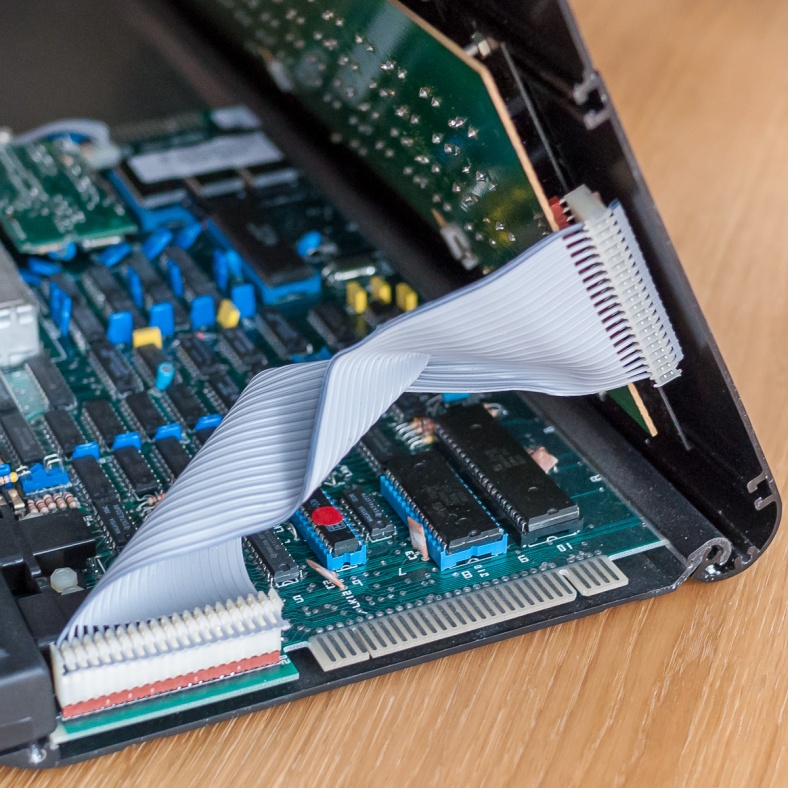 Another string in the bow of the MTX 512’s beautifully designed case is the ease of access it offers to the machine’s internals.  Three screws hold the endplates of the case in place, remove these and the top swings up rather like a car bonnet.  Disconnect the keyboard cable and remove one further screw on the bottom of the case and the mainboard slides out with ease. 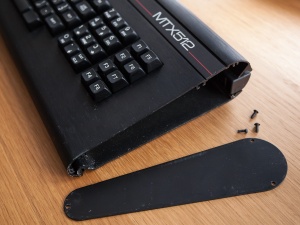 On opening my non-functioning 512 I was presented with a bit of a horror story, clearly someone none too skilled with a soldering iron had made several attempts at repair in a number of areas.  Still, it would be rather churlish of me to complain too much given my own inexperience with soldering.

The first thing you tend to notice when you open up the machine is the prominent electrolytic capacitors on the right of the board.  Unlike most machines of the era, the external power supply for the MTX is a simple transformer, voltage regulation is taken carry of in the machine itself. 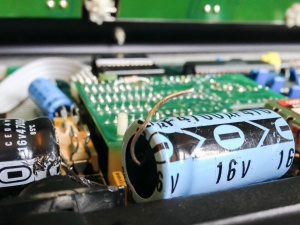 Disconnected Capacitor And Other Damage

On close inspection I noticed the fast blow fuse on the board was blown, of the two large electrolytic capacitors, one radial and one axial, the latter was actually disconnected from the board at one end.  There was a fair amount of evidence of poor soldering including some melting to the rear case plastics.

New to the Memotech I enquired at the Memorum forum as to what the best course of action would be.  Everyone there was very helpful and Mark gave me a detailed run down of how to put a meter on the voltage regulators and check for the correct readings. 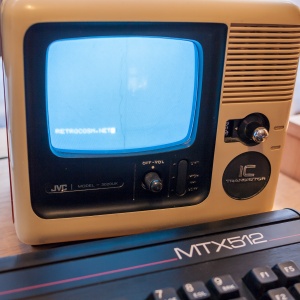 I ordered a couple of suitable new capacitors and replaced the originals.  This was relatively straightforward and given my lack of soldering skills completed with much relief without causing any further damage.

On reassembly the machine is still not putting out any video via the composite connection.  There appears to be something coming from the RF output as I can almost tune in to it without quite locking on to the signal, something I can do with the same television and my other working machine.

To be fair however even the soldering on the connections to the video outputs looks suspect so the next task is to unplug the backplate and try the known working one in its place. 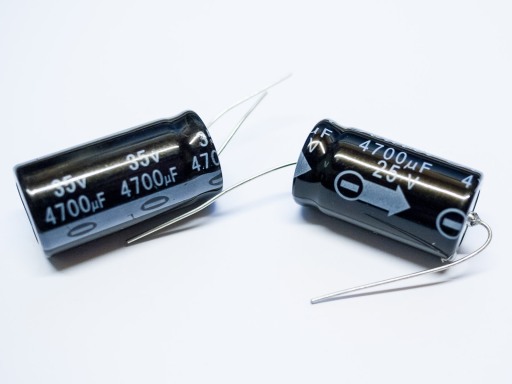 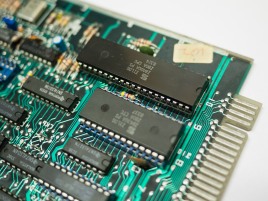 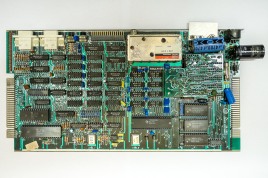 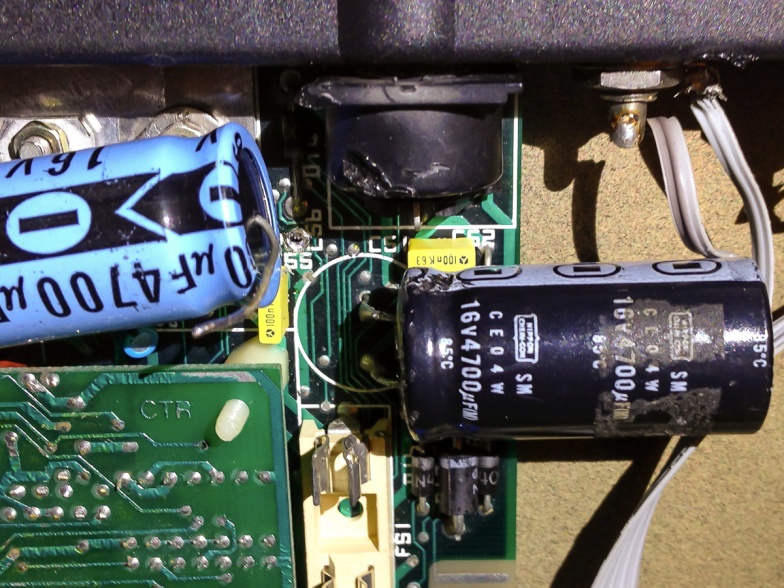 One thought on “@retrochallenge – Under The Hood”